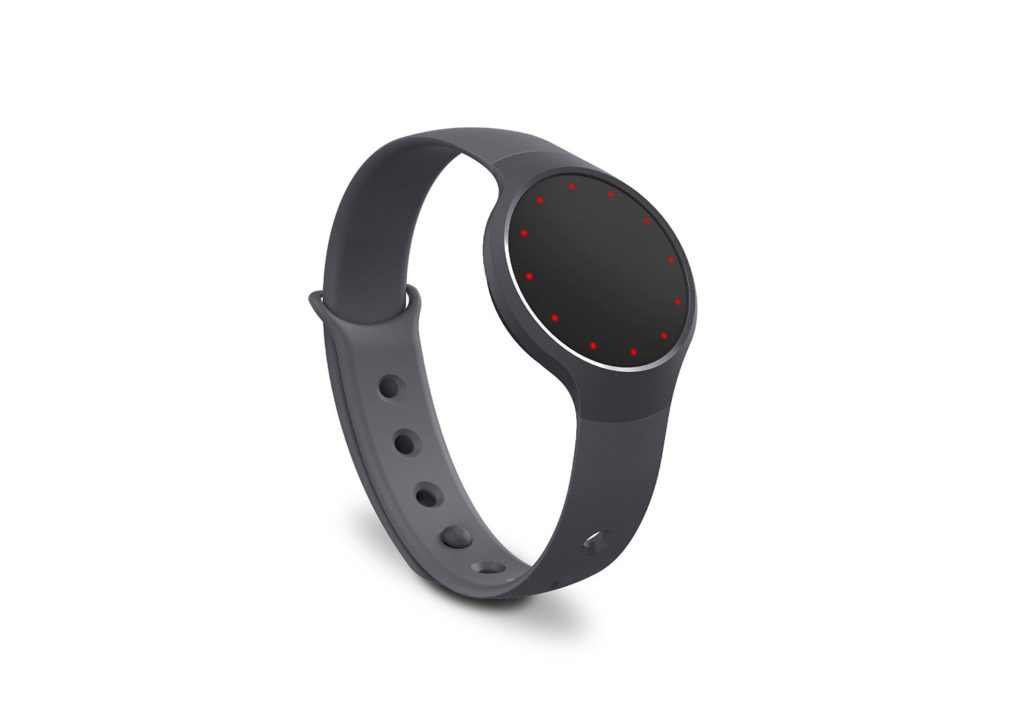 I’ve been using the Misfit Flash (Black model) for over a year now, and there are some important things to consider if you’re searching for a fitness monitor.

The Misfit Flash has the same functionality of the Shine, but is more economical

That’s a nice way of saying that the Flash is made of plastic while the Shine at almost twice the price is made of aluminum.

I drooled over the Shine when I saw it released, but it was just a tad too pricy, so I opted for the Flash.

At half the price, the Flash was almost a no brainer compared to the other fitness monitors out there that could use a redesign and a pricing wakeup call. Below are 7 important points about the Misfit Flash.

The Flash tracks the same items as the more expensive Misfit Shine.

You’re able to see your progress in the Misfit App that you can download free from the App Store. There’s no subscription fee, thank goodness.

The App is free.

The app makes it super easy to see your progress. It turns your data points into a daily score. You set your goal level of activity you want to reach, and away you go.

The app shows how close you are to your goal, how active you’ve been, but one of the best things is that it can show how restful your sleep is. You may find yourself making a better effort to get to bed on time with the app, and that’s a good thing!

The Flash device displays two data points: The Time, and how close you are to your goal. You can see that data by pressing on the Flash.

Special Tip: In the App Settings, you can customize which to show first, Time or Goal progress.

Our kids love pressing the Flash to see the time.

The Misfit Flash comes in a variety of colors. Below are the colors (and their translations to colors I understand):

What’s in the Box 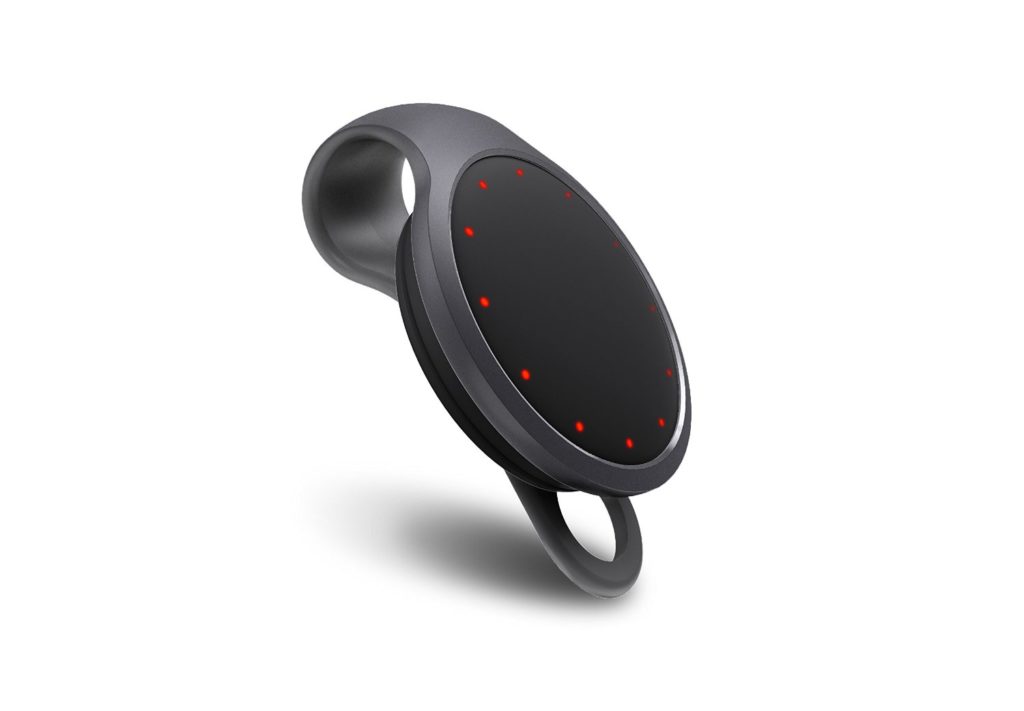 The tracker disc should be placed in the wrist band from the underside/back of the band. It doesn’t fit if you try to force it in the band from the top down.

This is by design so that the band keeps the Flash tight rather than having it accidentally pop out the top.

With the clip, you can place it on your shoe’s laces when cycling, or if you’re going out and don’t want to wear the band, just put the Flash in the clip and clip it to your pocket.

Compared the Shine, the Flash still looks nice, but…

When I unboxed the Flash, I couldn’t help feel that it was cheap. It’s a great design, don’t get me wrong, but the feel of plastic took some getting used to. A little nicer material in the band would make it feel much better.

However, after having worn it, exercised with it, I haven’t thought about it much. So that initial impression has worn off, and I’ve gotten used to it.

It feels weird now if I go without it. So that’s a good sign. Not having to charge it has helped as well.

So, the Apple Health App in the iPhone 5S and newer can count your steps if you have the phone in your pocket.

I’ve tested it, and found Apple Health’s step tracking to be very accurate.

The Misfit Flash has been close, but it does undercount somewhat. Some tests, they were almost identical, but in others, it undercounted.

So that’s an FYI, however, the sleep data seems pretty accurate, and that’s a major plus to be able to track that you can’t track with your phone (at least not easily).

That leads us to…

The Misfit App (and thus the Shine and the Flash) is compatible with Apple Health.

Steps and sleep data can be exported to Apple Health.

It integrates well, if you have your iPhone in your pocket and are wearing the Flash, Apple Health is smart enough not to double count when you sync your Flash.

Hopefully, with future updates, the’ll get distance and sleep data as well into Apple Health.

6. MisFit Flash after a Year of Use

I’ve had a couple interesting things happen. One, the MisFit company emailed me when it appeared that the battery wasn’t lasting as long as it should and sent me a free replacement battery.

That was pretty cool.

I also had the band break after the Flash was out of warranty. I emailed MisFit, and they sent me a free replacement band.

I’ve noticed that I need to sync the Misfit Flash about every other day with the iPhone, otherwise, the clock on the flash gets off. It’s a little bit of a bug, but not too bad. The real benefit is that the flash helps me keep fitness on my mind and helps me track progress toward my goals with a quick glance at the app or at the watch.

I also appreciate that it’s not sending out Wifi or bluetooth signals all the time from my wrist. It connects to the phone when I sync through the app, and that’s about it.

7. What other customers are saying on Amazon about the Misfit Flash

“Gotta say, for the price it looks super cool and feels durable. I’ll be using this heavily at the gym, so will update this review after a few weeks to see how it holds up. I have a Shine as well, if anything I think the biggest advantage of this is the strap is much more secure (at least for now…) than the Shine’s.”

“Absolutely love my flash! It’s simplicity is what makes it great. There is no need for a screen to kill the battery life and I don’t need cell phone notifications on my wrist.”

“Plastic is a plus here, as it is not causing allergic responses I had with base metal and stainless steel backings. Not needing to be recharged frequently is a major plus, and I find the wristband both easier to put on and more comfortable to wear than my wife’s Fitbit ( which she rarely uses now).”

“Overall, the Flash is the greatest (and cheapest) fitness wearable I’ve ever used. It does it’s job perfectly: to get out of the way and let the data do the talking.”

8. Where to buy the Misfit Flash

Retailers have had trouble keeping the Flash in stock, keep that in mind when shopping for it. We were lucky enough to get ours soon after the release.

Amazon has had a good stock of them, you can find them with the link below: 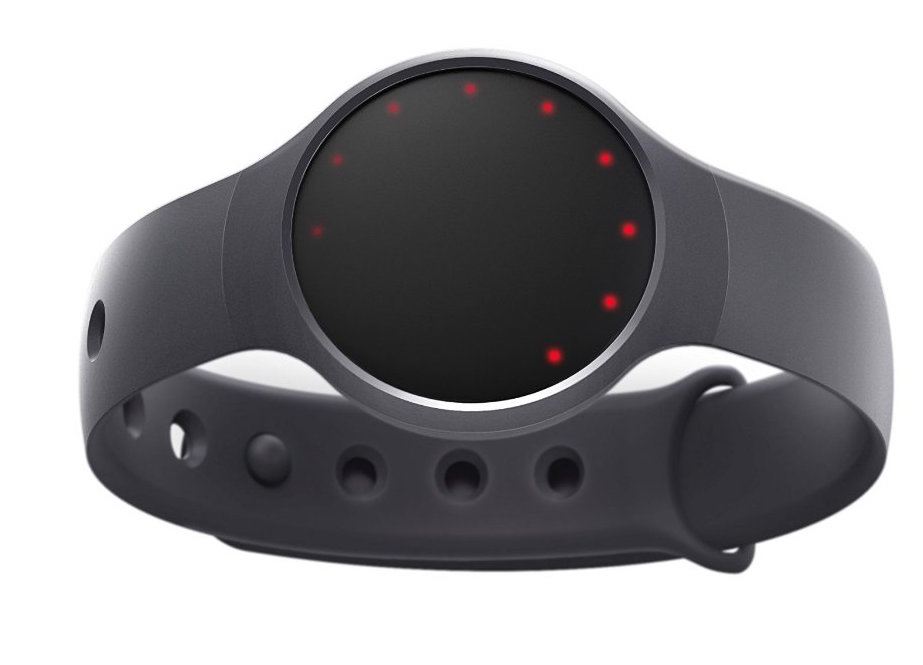 Check out reviews of the Misfit Flash on Amazon